Faisal Mohammed Saleh al-Karawi, director of the State Board of Antiquities and Heritage in the Diyala region, investigated the west wing of Khan Bani Saad in Iraq, dating into the 17th century AD. His research was conducted during the training programme of the Iraqi German Expert Forum on Cultural Heritage (IGEF-CH) of the German Archaeological Institute (DAI). Together with another participant IGEF awarded his project with the first prize. In the interview Mr. al Karawi talks about his research and his experiences during the training programme.

Mr. al-Karawi, you participated in the Iraqi German Expert Forum on Cultural Heritage 2018/2019. Which experiences have you made?

The most important thing I learnt during my participation in the Iraqi German Experts Forum for Cultural Heritage is how to use the simplest available tools to achieve the tasks we are assigned. For instance, the steps needed to draw an accurate horizontal architectural plan, or the different ways to measure the elevations for drawing vertical elements, so that the final building plan includes horizontal and vertical parts of the structure. Another important aspect of the training was the usage of the total station to produce accurate building plans, which has also the benefit to have fast results; in fact I used the total station for my own research project in Khan Bani Saad. QGIS, a tool to draw and georeference plans of archaeological sites, is quite useful and interesting but requires a lot of practice to fully benefit from what it offers. Also interesting was the usage of modern digital cameras to produce documentary movies about archaeological sites. The methodic description of architectural units and damage assessment that can result in a very accurate picture of the site and its condition was another important part of the training.

For your study during the training programme you chose the topic „The west wing of Khan Bani Saad, Diyala“.  Why did you decide to work on this subject?

I have chosen the western wing of Khan Bani Saad as the topic of my project for the IGEF, as it is the only part of this Khan that still has most of its elements and in which I could apply all the techniques and methods I learnt during the IGEF training programme.

What is in your opinion the cultural value of the Khan?

The main cultural value of this khan lies in the fact that it is the only remaining khan from a series of structures that where distributed along the main routes and inside the cities. Furthermore, it represents the architectural tradition and decorative art and culture of the period it was built in. In a sense it embodies aspects of the development of human creativity.

Which were the tasks and challenges you had to face while working on the subject?

The task that I had to do for my project included drawing a floor plan of the structure in the scale of 1:200 and elevations in the scale of 1:50 of the façades of the part I was studying, namely the large Iwan and the two smaller adjacent ones. I also drew the elevation of the front façade in the same scale. To those drawings I added a damage assessment plan, and historical and phases plans. The whole was complemented with a scientific research, as per the methodology of the German Archaeological Institute, which also included a detailed description of the building parts. I cannot say that I faced any challenges while working on my project. The training equipped me with all the necessary information to accomplish all what was needed.

What are your suggestions for how to deal with the ruins of the Khan and its future use?

I have a lot of suggestions on how to develop this Khan. This includes first setting a fence around the Khan area, cleaning the ruins and exposing the covered architectural parts, followed by strengthening the foundations and walls, restoring the collapsed walls, vaults and domes. This would serve the purpose to develop the Khan and the surrounding area to attract visitors and tourists.

Could the IGEF-CH programme contribute to the success of your project?

The Iraqi German Experts Forum played a very important role in the exchange of expertise, and in developing my skills. This was clearly reflected in the work I have done for my project, for which I and another participant each received the first prize in the forum’s framework.

What are your hopes for the preservation of cultural heritage within the Diyala region?

As long as the efforts of the local government and the local community are not joined, my hopes are not that high. For all the parties to cooperate, some hard work is required to convince everyone of the importance of our cultural heritage, and in involving everyone in the development of this sector in the Diyala region, that will certainly be beneficial to all.

Mr. al-Karawi has answered the questions in written form. 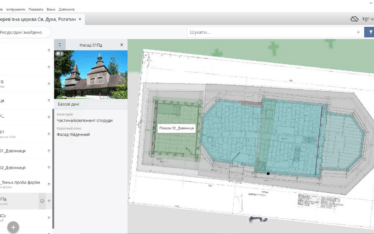