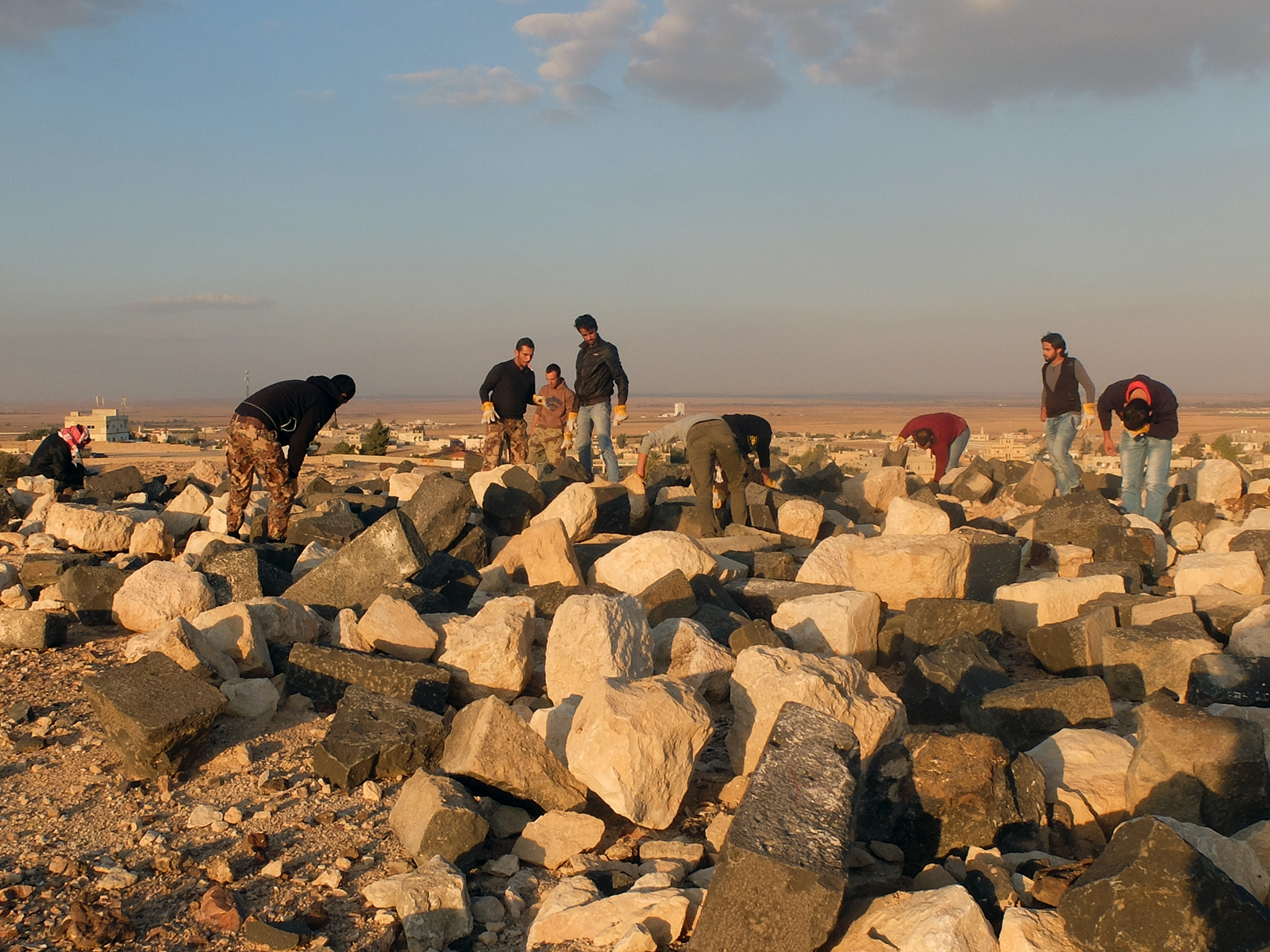 The training measure implemented as part of the “Zero Hour” project aims at the practical application of theoretical knowledge by taking the example of significant monuments in Jordan. The measure is intended for students of Jordanian, Syrian or other nationalities at two Jordanian universities in Amman – the University of Jordan (JU) and the German Jordanian University (GJU). Practical skills relate to methods of archaeological survey, documentation and cultural preservation. The field training carried out in autumn 2016 focused on the practical training of archaeological documentation methods (hand drawing , measurement, photography, epigraphy) at the antique sites of Umm al-Jimal and al-Hallabat with their extensive accumulations of antique architecture. This can be encountered and documented here in very different conditions, ranging from the so-called stone garden including about 4,500 architectural elements to a multitude of architectural fragments and blocks of stones bearing inscriptions in a complex collapse situation.

Given their long-term occupation and rich architecture the two training locations offer multiple possibilities for carrying out targeted training of basic methods in the field of cultural preservation. For example, Umm al-Jimal, located near to the crossroads of antique trade routes, was settled by Nabateans as early as the 1st century AD, became a border city of military importance during the Roman period and received Christian churches during the Byzantine period. Al-Hallabat was initially a Roman complex which served to protect the trade route between Damascus and Aqaba that passed by Amman and Petra. During the Umayyad period a fortress was erected above the Roman foundations of which parts of the supply buildings and of the mosque are preserved. 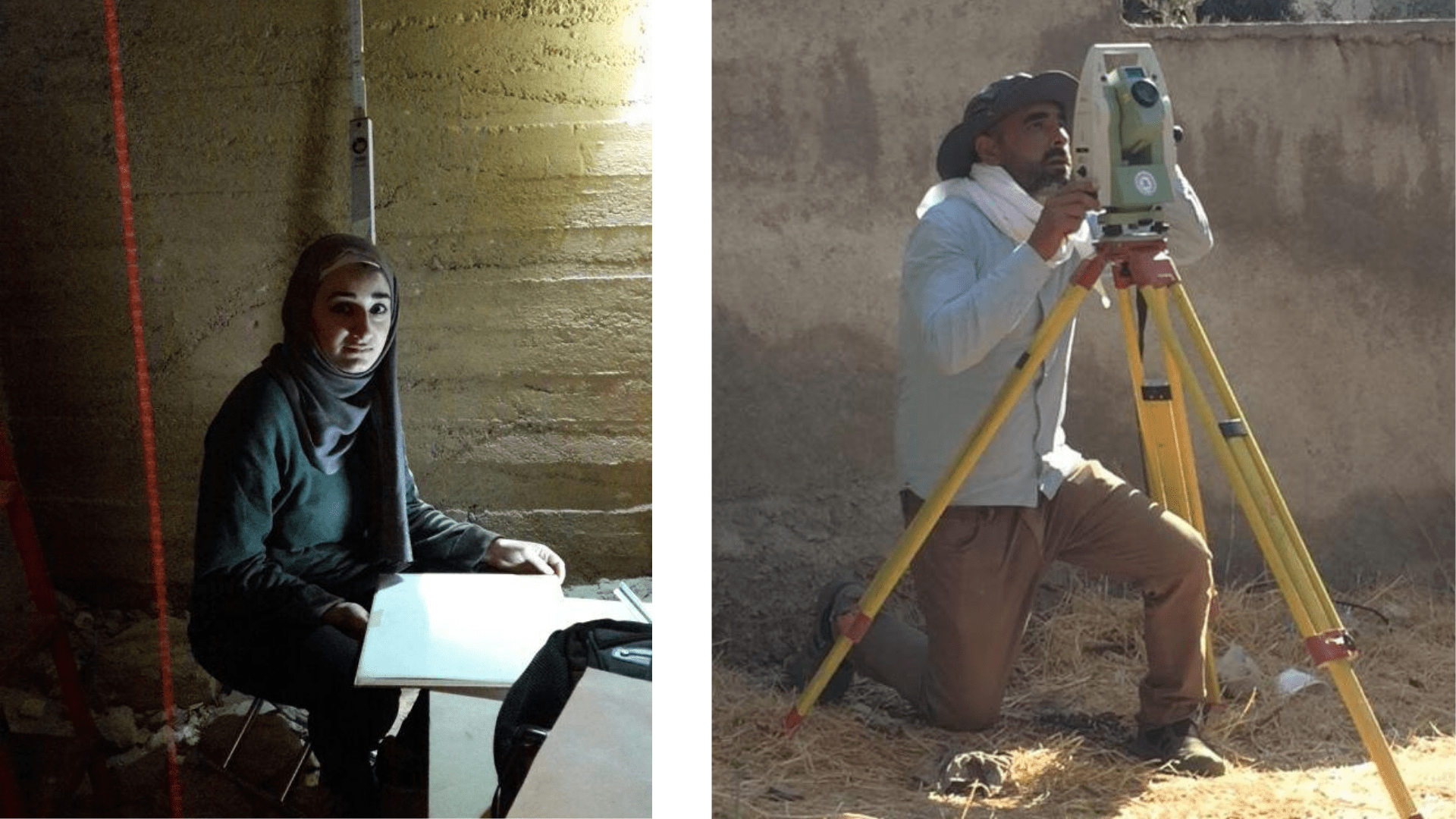