Iraqi-German Centre for Archaeology and Assyriology was inaugurated

Iraqi-German Centre for Archaeology and Assyriology was inaugurated 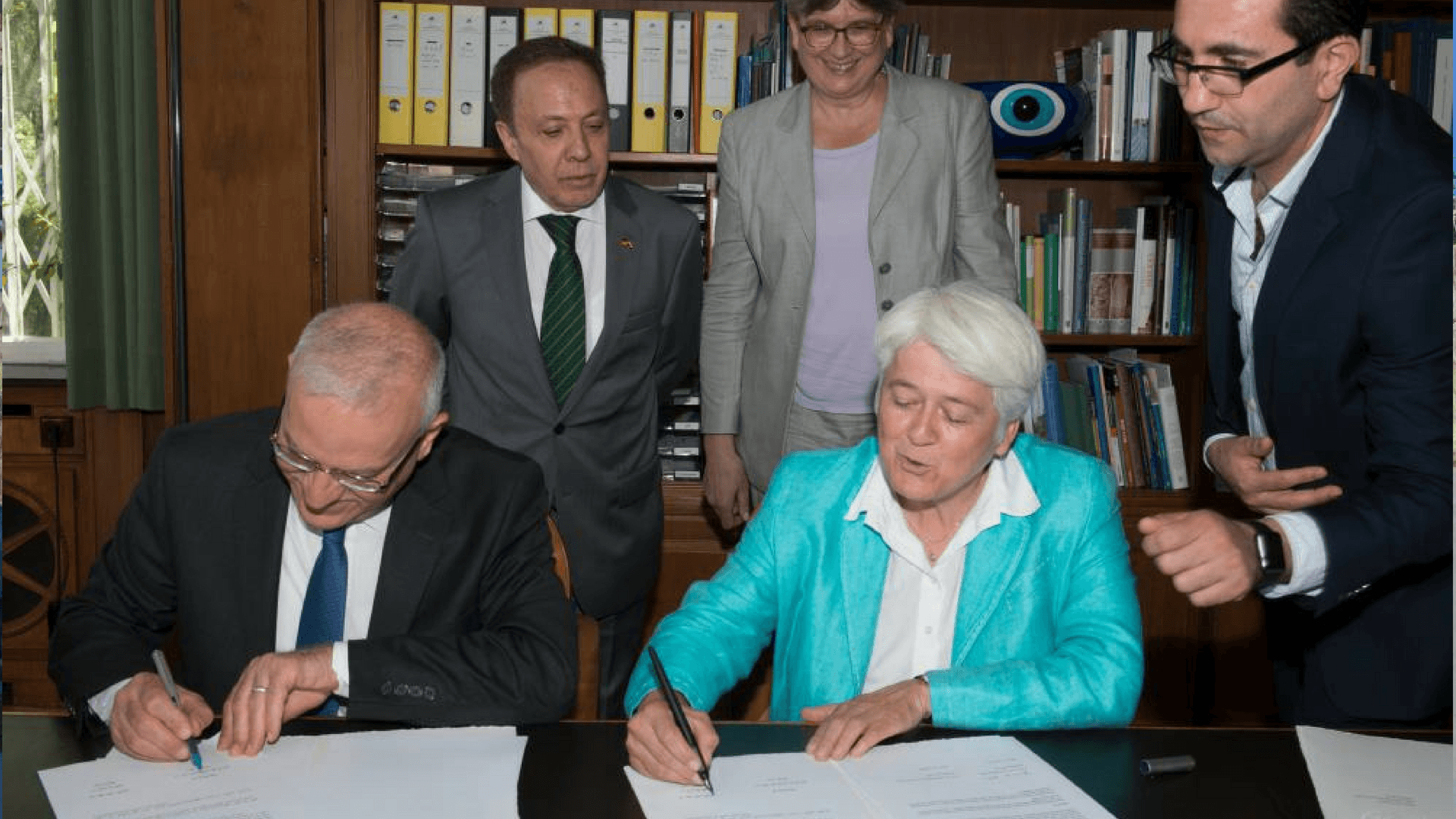 The signing of a Memorandum of Understanding between the University of Baghdad and the German Archaeological Institute on 21st July 2017 launched the new Iraqi-German Centre for Archaeology and Assyriology.

On 21st July 2017 the president of Baghdad University, Prof. Dr. Alaa Abdolrasool al-Kashwan, and the president of the German Archaeological Institute, Prof. Dr. Dr. h.c. Friederike Fless, signed a MoU at the DAI Head Office in Berlin, which injects the long-term cooperation of both institutions with more intensive exchange. An important aspect is the foundation of the Iraqi-German Centre for Archaeology and Assyriology (IDZ-AA) on the campus of the College of Arts at Baghdad University. A joint venture agreement was signed to this end. Now things are on concrete structural tracks.

The objective of the Iraqi-German Centre is to support cooperation in the field of scientific research (archaeology, ancient Near Eastern studies, ancient history of Iraq) and the training of young academics by providing rooms for events at the centre, access to scientific media and possibilities for joint projects and an exchange of scientists. The joint projects started as early as autumn 2017.

Further members of the Iraqi visiting delegation in Berlin were: Dhia Hadi Mahmoud al-Dabbass, ambassador of the Republic of Iraq, Dr. Ayaad Zgair, director of the section Foreign Relations and Scholarship System at Baghdad University, Prof. Dr. Salah Fulayfel al-Hassan, department head of the College of Arts of the university and Prof. Dr. Mahmoud al-Qaysi, vice-dean of the College of Arts.

Summer Programme of the Iraqi-German Expert Forum on Cultural Heritage

In parallel to the signing of the MoU the “Summer Programme of the Iraqi-German Expert Forum on Cultural Heritage” (IGEF – CH) was held in Berlin. Fifteen collaborators of the Iraqi antiquities authority (State Board of Antiquities and Heritage) participated, who came from all parts of Iraq: the provinces Basra, Maysan, Nasiriyah, al-Muthanna, Najaf, Babil, Baghdad and the recently liberated areas of Mosul, the provinces of Salaheddin, Diyala and from Kirkuk. During a one-year training programme the IGEF – CH explains and tests techniques and theories related to architectural documentation, building preservation and international cultural preservation strategies.

A particular aspect of the programme this year is that each participant will work on his/her own small project of his/her choice. During a two-month stay in Berlin at the beginning of the year they are given an intensive course that teaches all the possible techniques used for this purpose and during the entire year they benefit from constant support, for example, through participation in additional workshops of the IGEF-programme in Iraq. The programme is offered in Arabic and this year will be the second time it has taken place.

Funding: German Federal Foreign Office, cultural preservation programme and “Stunde Null – A Future for the Time after the Crisis” project . 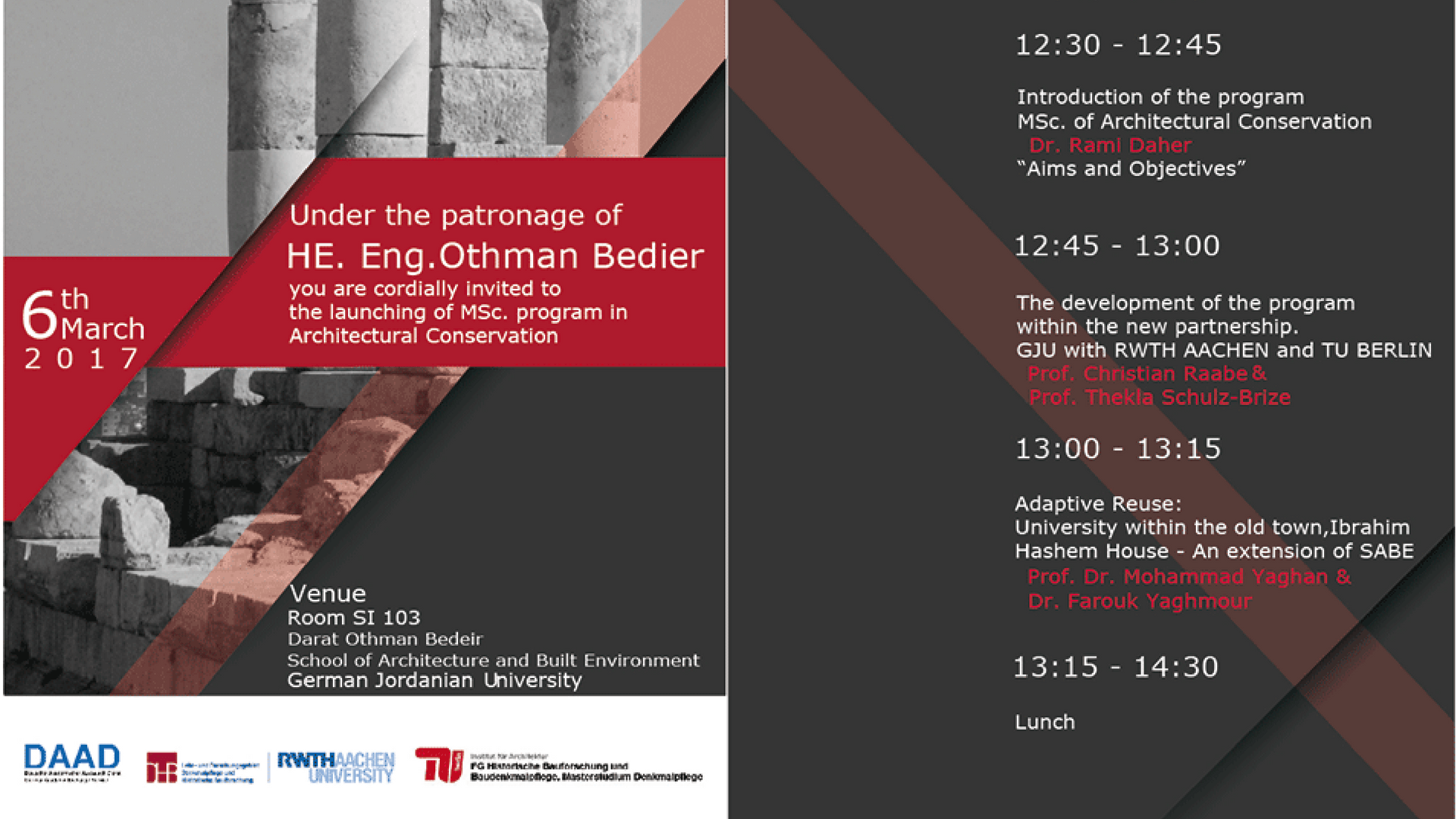 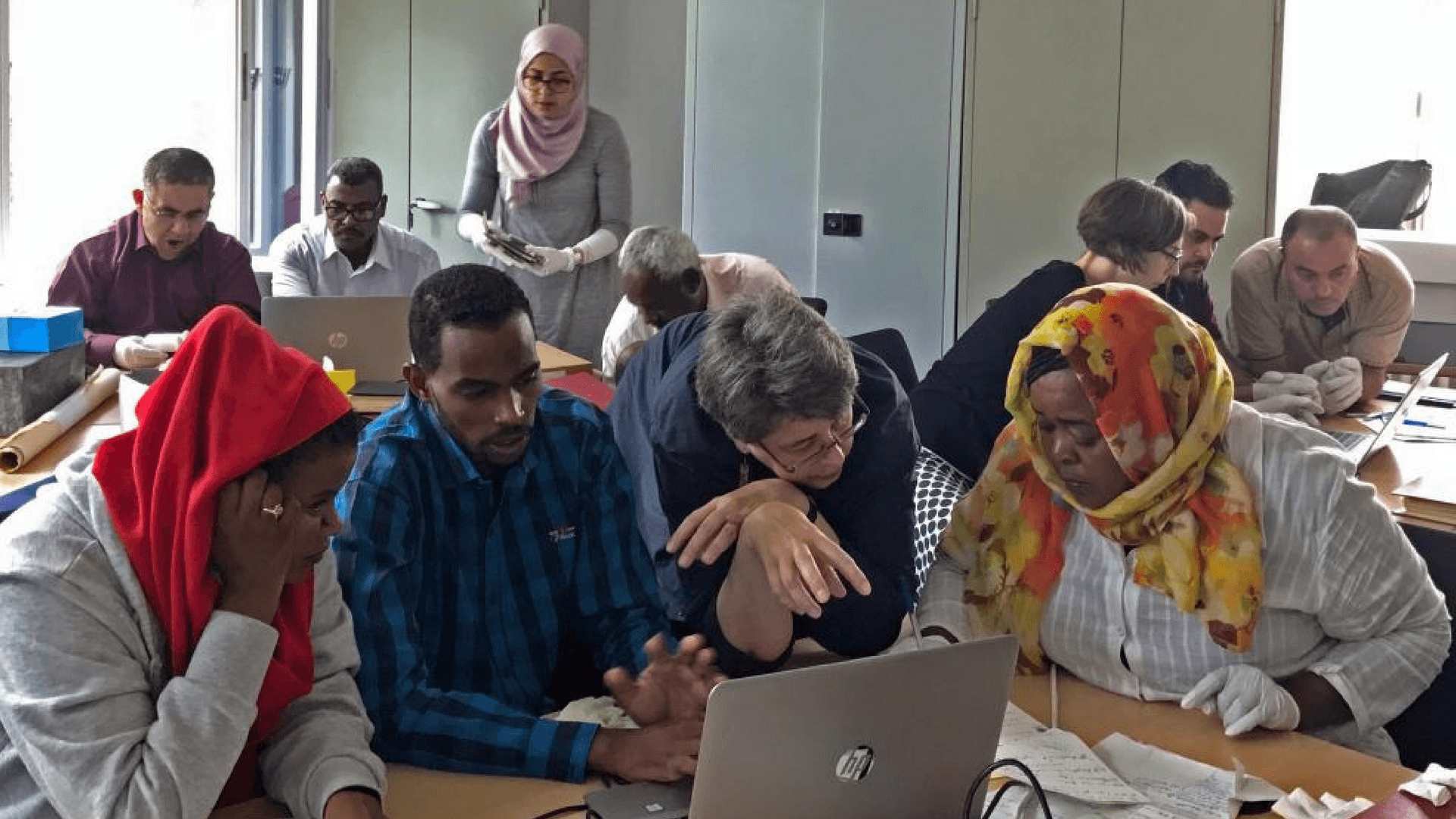 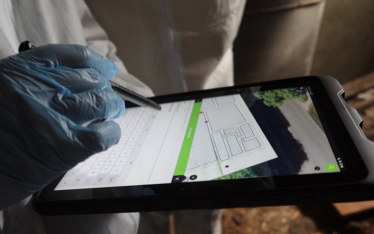 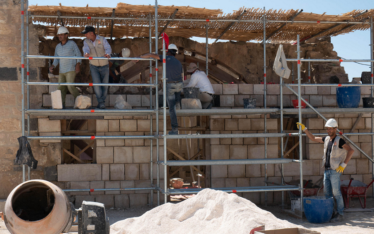 A new roof for the Madafeh in Jordan | Training programme in building preservation
Since 2016, the German Archaeological Institute (DAI) in cooperation with the Department of Antiquities of Jordan has been providing training courses in ancient Gadara and the neighbouring modern village of...
This website uses cookies to improve your experience. We'll assume you're ok with this, but you can opt-out if you wish. OPT-OUT Cookie settingsACCEPT
Privacy & Cookies Policy