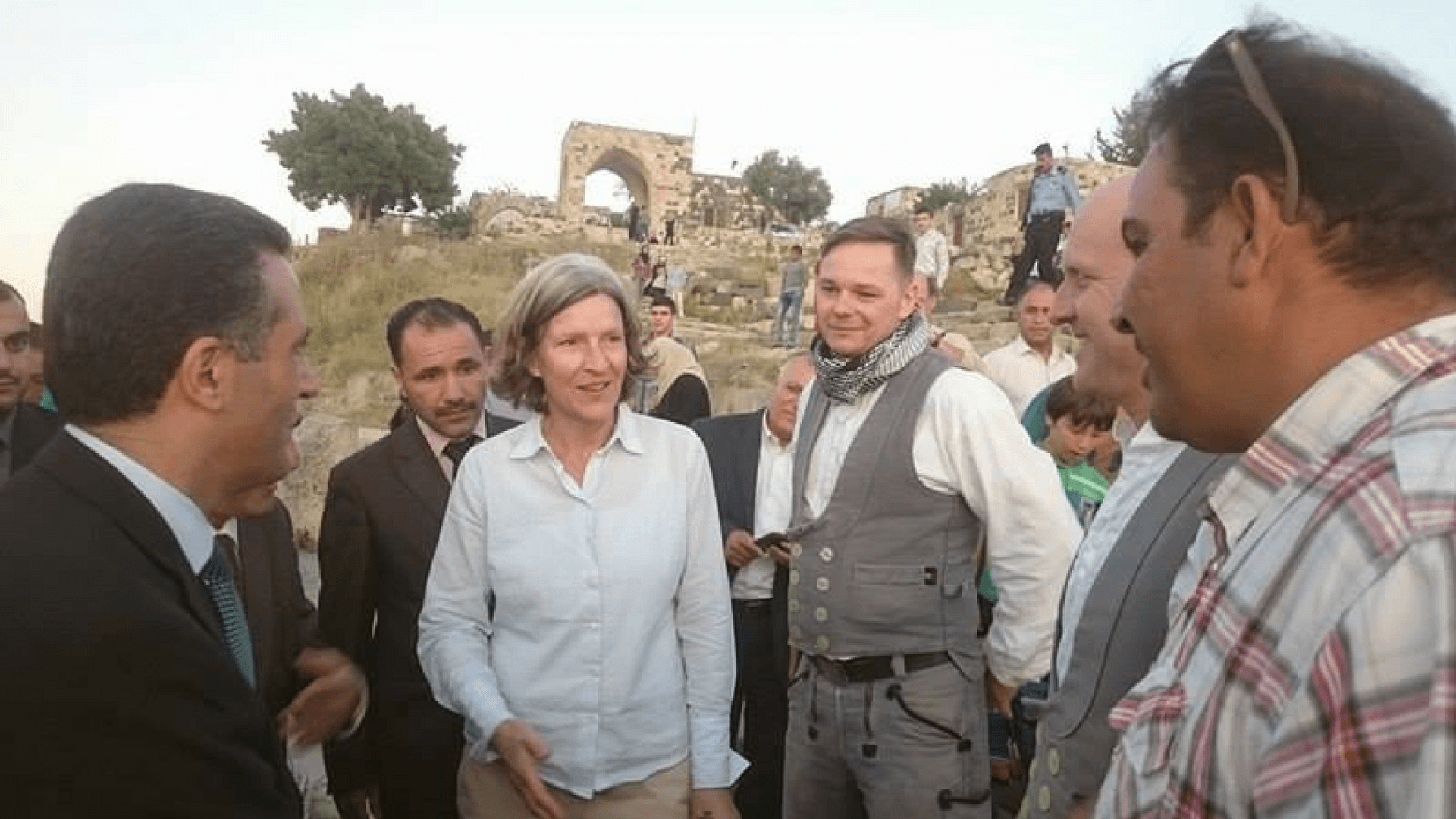 Capacity-building measures launched in Umm Qays, Jordan. The measures were implemented in April as part of the “Stunde Null – A Future for the Time after the Crisis” project.

Under the steel-blue sky and protected by olive trees, fourteen strong men, equipped with wooden mallets and forged chisels, concentrate on their work on snow-white limestone blocks amongst the ruins of the antique city of Garda with a direct view of Lake of Gennesaret in Northern Jordan. The hammering of the wooden mallets on the iron chisels in such an environment produces a fascinating sound, and this may be similar to the sound heard over two thousand years ago.

In this particular training programme two German stonemasons in guild dress, master André Gravert from Magdeburg and assistant Tobias Horn from Weimar, patiently explain the bases of traditional stonemasonry to a mixed team of Jordanians and Syrians. As is the case for any craft, continuous practice is necessary until the blow is correct and the limestone block provides a flat surface. 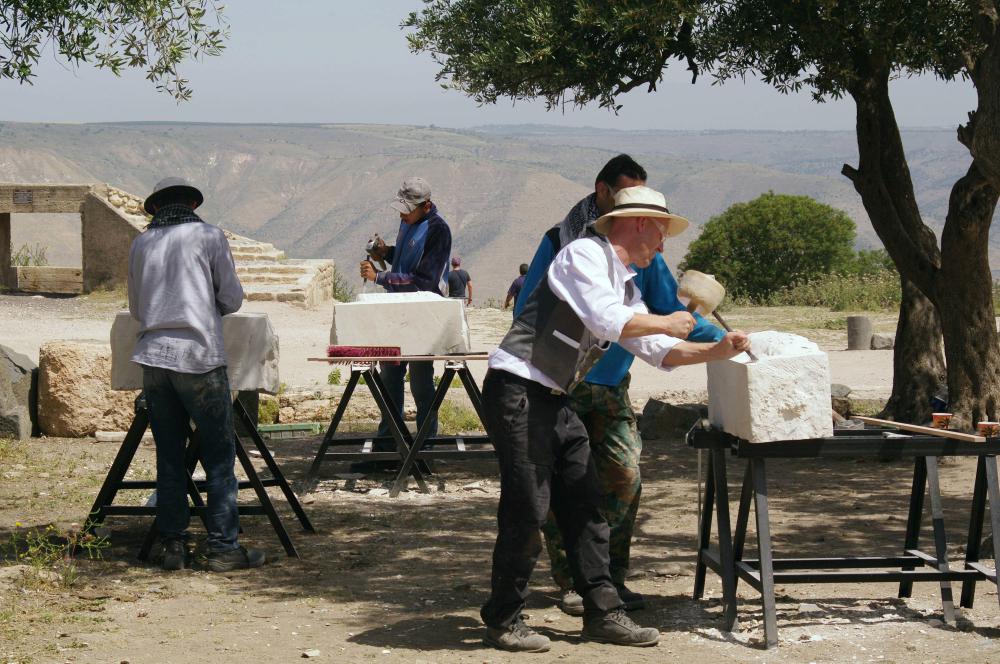 The aim of this very particular “travel through time” is the education and training of local craftsmen in stonemasonry, a craft almost lost in this region. The safeguarding of this “intangible cultural heritage” thanks to the financial support of the German Federal Foreign Office assists the Jordanian antiquities authority in the protection and preservation of the country’s rich antique architectural heritage.

The Hellenistic-Roman city of Gadara, the modern city of Umm Qays, where German building archaeologists and archaeologists have been excavating and working for almost fifty years. Since 2010 Dr. Claudia Bührig of the German Archaeological Institute in Berlin and Dr. Frank Andraschkos of the University of Hamburg have been paying particular attention to the integration of the local population.

Here, raising awareness of the value and preservation of the antique sites is an essential task of German cultural aid. In practice this also includes the teaching of traditional stonemasonry, which can soon be implemented in situ for the safeguarding and restoration of the ruins. And hopefully the Syrian participants in the course will be given the opportunity to use the newly acquired skills in their home country. 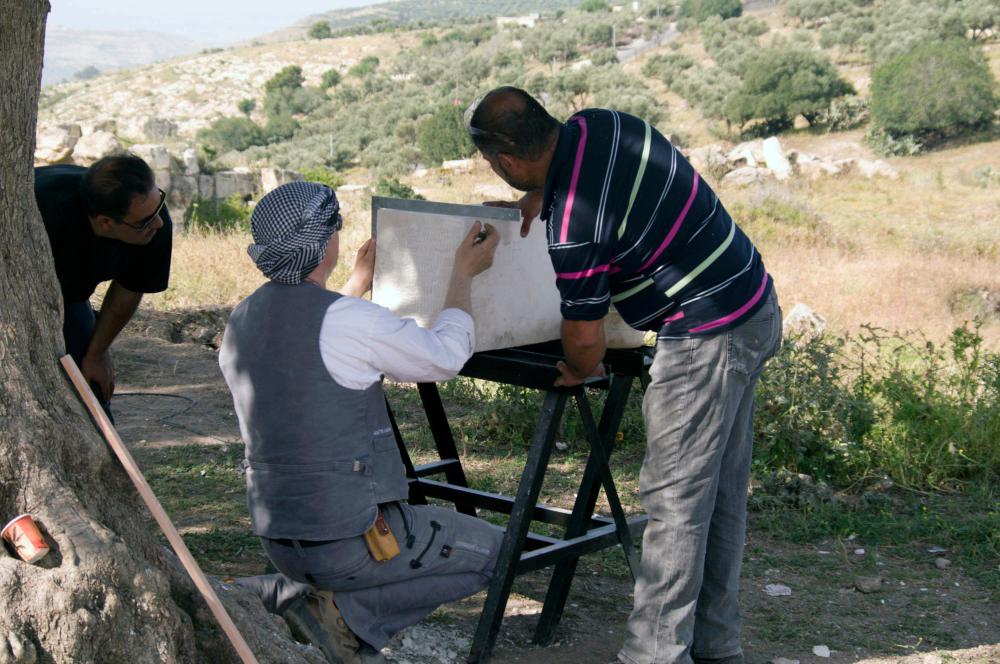 The presence of the Jordanian Minister of Tourism and Antiquities, His Excellency Nayet Al Fayez, at the opening of the important annual cultural festival in Umm Qays on 28th of April 2016 was a great honour for the participants in the training course. 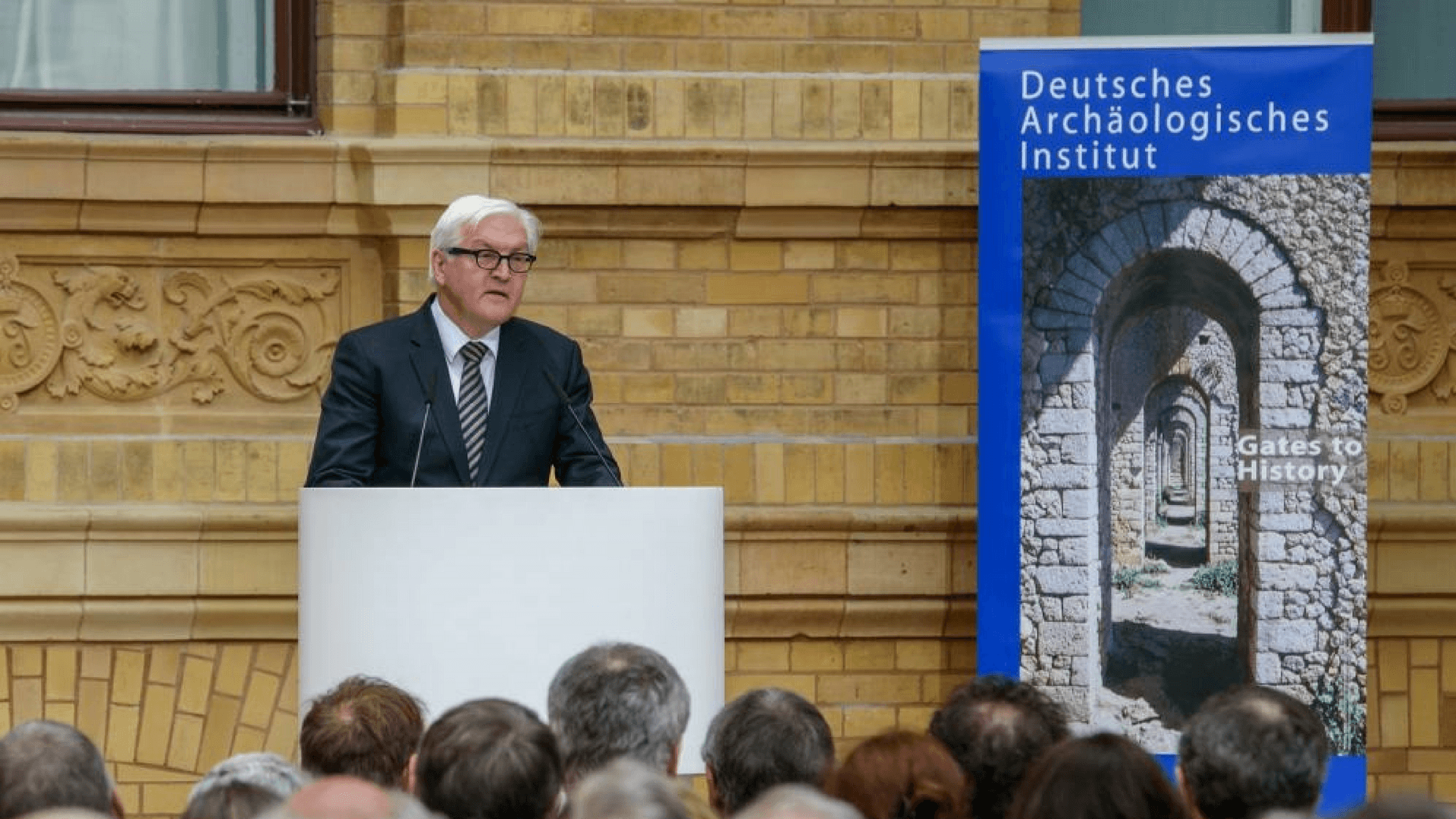 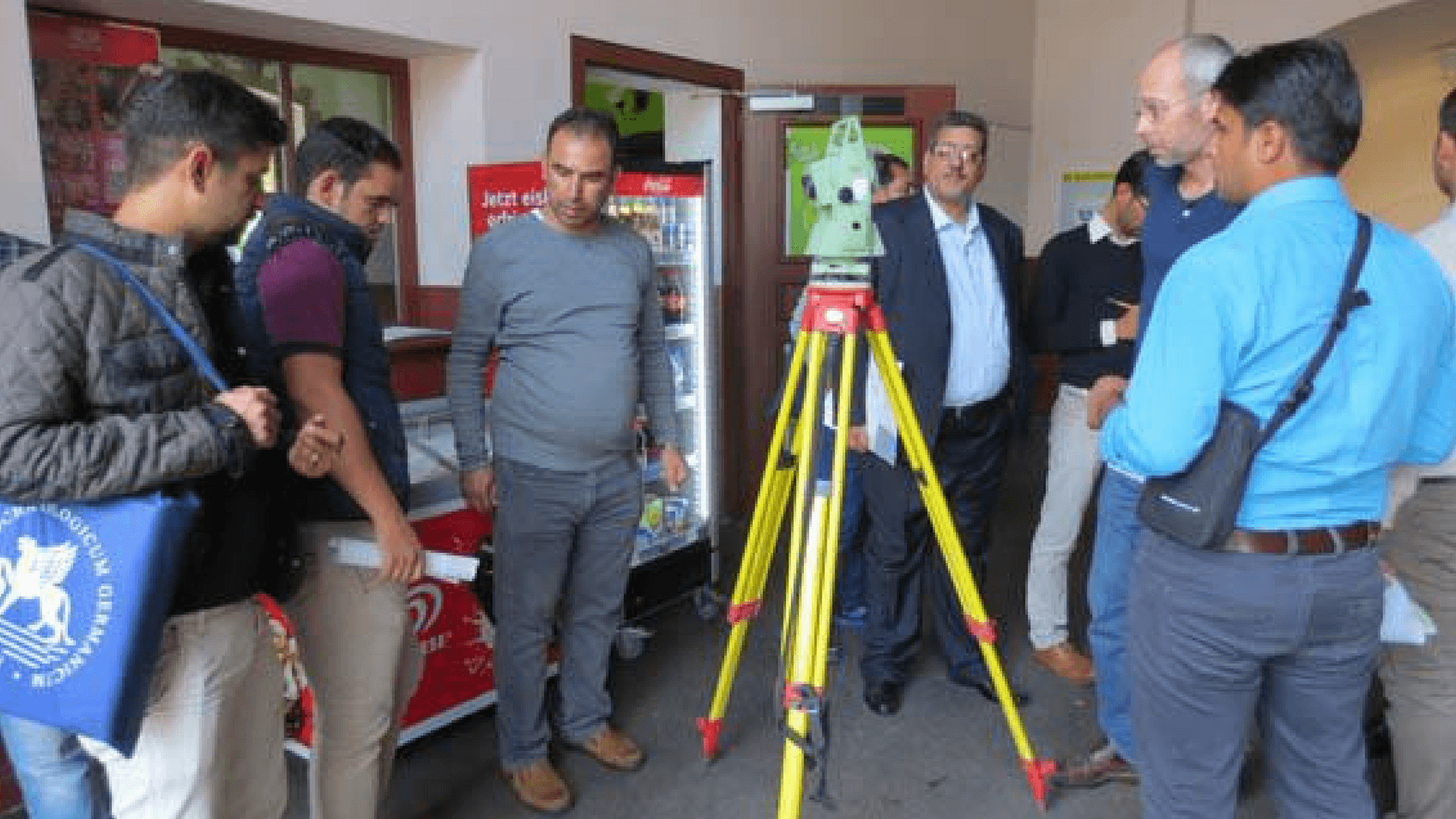 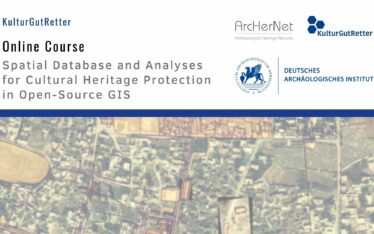 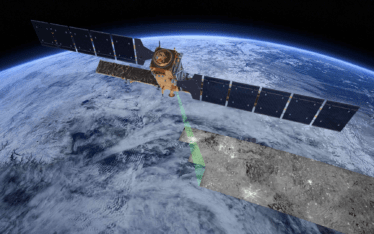